We’re hitting week 3 of celebrating Women’s History Month and women who changed interior design. For more amazing women, check out Part 1 and Part 2. Today I have two women who greatly contributed to the world of interior design.

Make your own mark with Gray Décor Co. and create a unique look in your home.

Meet Dorothy Draper, another influencer way ahead of her time. Beginning in real estate with her husband, Dorothy found a passion for redecorating homes. Subsequently her friends took notice. She started one of the first interior design businesses known as Architectural Clearing House in 1925. However, once Dorothy started becoming a household name, she changed it to Dorothy Draper and Co.

Dorothy used bright colors and oversized prints. Her mix of styles, colors, and patterns were a fresh take on dark rooms. She was innovative. For instance, opting for glass doors over shower curtains and painting front doors was groundbreaking.

She broke into the commercial world which was dominated by men. Best known for hotels, her design reach went beyond just the interiors. While overhauling The Greenbrier Hotel, she created matchbook covers, restaurant menus, and even staff uniforms. Packard even hired her to put together automobile color and fabric options.

The first celebrity interior designer, Dorothy was published and photographed more than any other designer, male or female. Women devoured her DIY tips featured in the newspaper much as we scroll and like Instagram posts.

Dorothy was also very business savvy. Licensing deals for wallpaper and fabrics were not common in the 1930’s.

Anti-minimalism was her mantra. Dorothy created a design style known as Modern Baroque that challenged the designs of her time. It consisted of adding modern flair to traditional designs. That’s something we can all relate to.

Another businesswoman who advanced interior design was Eleanor McMillien Brown. She studied design and business in Paris and New York. Her outlook was to be a professional and not work out of her living room “like all the other ladies”.

She invested her own money into an office space and grew her business into still thriving McMillen, Inc. By the late 1920’s McMillen had a business office, an independent drafting department, and offered full-service design. Some of her projects include the President’s private quarters in the White House and portions of the Blair House.

Eleanor was well known for her restrained and elegant rooms with perfectly placed furniture. She believed strongly that if you got design right the first time, there was no need to change it. As a result, her own home remained unchanged for 60+ years.

She insisted that all of her employees be formally educated. Moreover, Eleanor set the professional standards for the interior design industry.

Celebrate Women’s History Month in your own way by impacting the world! Need more inspiration? Check out Part 1 and Part 2 of Designer History. 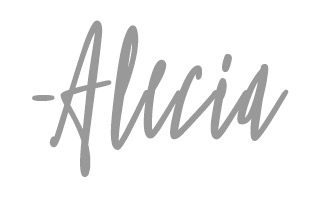